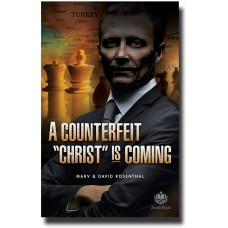 Marv and David Rosenthal collaborated on this booklet which outlines Satan's final attempt to enthrone his own man – a counterfeit, the seed of Satan – as the soveriegn ruler of the world. Since the outset of human history, Satan has sought to deceive humanity with the same rebellious notion that precipitated his own fall – the desire to ascend and be God. The Scriptures are clear, however, that a future period of seven years is coming during which God will bring history to a proper consummation and ultimately enthrone His Son, Jesus Christ, as the rightful King of the earth.